Three of the most recent FA Cup shocks | inside World Soccer

Three of the most recent FA Cup shocks

The magic of the FA Cup was very much alive last season, with League Two’s Newport County reaching the fifth round and the Championship's Millwall losing out on penalties in the quarter-finals. For those that like a little weekend football betting, the FA Cup throws all form out of the window, making it difficult to predict who will come out on top. 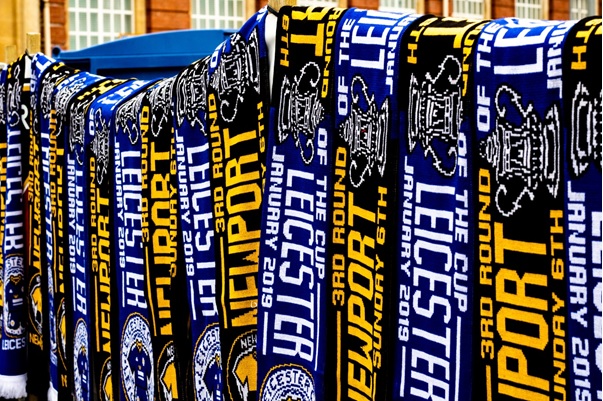 There’s nothing quite like a ‘cupset’ and the underdog prevailing, which is why the competition is still so popular. For teams further down the pyramid, six rounds of qualifying have taken place but now the main tournament is underway. As we look ahead to which minnows could crawl through the net this year, let’s take a look at some of the FA Cup’s greatest giant-killings from the last few seasons.

2018-19: Sheffield United 0-1 Barnet
The third-round proper is where the best shocks come. It’s the round in which the big boys of the Premier League enter the fray and over the years, we’ve seen plenty of giant-killings in January. Last season, 84 places separated Championship club Sheffield United from Barnet of the National League.

The Blades’ shock defeat was their first at home to Non-League opposition since they lost to Darlington in 1911. For the Bees, it was the first time they reached the fourth-round draw in 11 years and they were the only Non-League team in the hat. A Shaq Coulthirst penalty separated the sides at Bramall Lane. Although Chris Wilder made 10 changes to the squad ahead of the clash, he brought on Billy Sharp for the final half-hour.

Unfortunately for Darren Currie’s side, there was no glamour tie against Arsenal or Manchester United. The fourth-round draw pitted them against fellow Bees, Brentford. After holding the Championship side to a draw at The Hive, Barnet lost the replay at Griffin Park.

2017-18: Wigan Athletic 1-0 Manchester City
Five years on from their cup final heroics against Manchester City, the Latics were at it again. It may have only been the fifth round this time, but it ended City’s hopes of a clean sweep of trophies, as the quadruple was definitely on the cards.

Like the 2013 FA Cup final, a solitary goal is all it took. The difference this time was the gulf between the sides. In 2013, both City and Wigan were playing Premier League football - albeit Wigan were relegated that season. Fast-forward five years and after yo-yoing between divisions, the Latics found themselves in League One.

Paul Cook’s men had to withstand heavy pressure from the Premier League champions. They received a lifeline when Fabian Delph was given his marching orders before half time. Despite City’s dominance, Will Grigg made the breakthrough 11 minutes from time to send the home fans into raptures.

Wigan were the lowest-ranked side going into the quarter-finals and given a home tie again. But they lost to Southampton to end their run for another season.

2016-17: Burnley 0-1 Lincoln City
Lincoln made history in 2017 when they beat Premier League Burnley to become the first Non-League team in 103 years to reach the quarter-finals. As a National League side, the Imps entered the competition at the qualifying stages. Before the trip to Turf Moor, they had beaten two Championship clubs in Ipswich Town and Brighton & Hove Albion.

81 places separated the Imps who sat at the top of the Conference National from Burnley. But the gulf in class didn’t show. The Imps left it late, with Sean Raggett’s 89th minute header their only shot on target – confirmed by VAR. Danny Cowley called it “a football miracle”, and went on to mastermind Lincoln’s promotion back into the Football League.

As for the FA Cup, the Imps got their glamour tie against Arsenal at the Emirates Stadium but lost their quarter-final 5-0.

---
Last season, we also saw AFC Wimbledon of League One beat top-flight side West Ham 4-2. Manuel Pellegrini described it as a “disaster” going on to say: "Was I angry at half-time? Yes of course - I was ashamed of them." The Hammers went in at the break losing by three goals.

Sutton United are also no strangers to a giant-killing. Their most recent exploits came in 2016-17, beating three Football League clubs: Cheltenham Town, AFC Wimbledon and Leeds United on their way to the fifth round. They lost at this stage to Arsenal at Gander Green Lane in front of the TV cameras.

A special mention has to go to Bradford City, who beat Chelsea at Stamford Bridge in 2015. The fourth-round tie saw the Bantams come from behind to record a thumping 4-2 victory. Premier League side Sunderland were their next opponents, but they fell at the following hurdle against Reading.