Morgan Amalfitano and Enner Valencia were involved in a comical moment during West Ham's 2-1 win over Manchester City when they inadvertently celebrated a goal with opposition fans.

Amalfitano tapped in from close range after an excellent pull-back from Valencia, whose momentum took him into the stand behind the goal - which was occupied by City supporters.

Seemingly caught up in the moment, Amalfitano followed his West Ham teammate into the crowd before the pair realised they had in fact jumped in the away end where unimpressed City fans looked on. 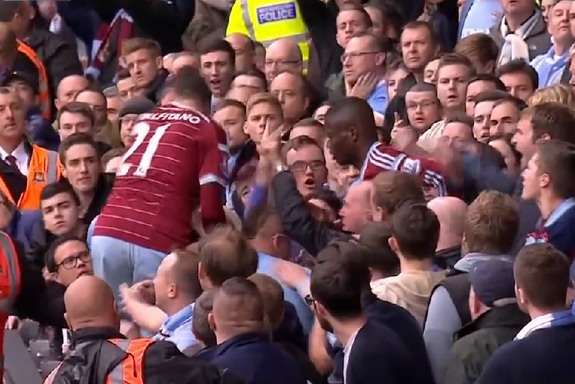