There was a coming together between the pair in the United box, and after the penalty wasn't given Fellaini went back to give Agüero a piece of his mind.

The Belgian international was unimpressed with Agüero and shouted at the Argentina striker while he was down on the turf.

However, slow-motion footage from Sky Sports seems to suggest that Fellaini also gave the City striker a piece of his saliva.

"I have heard that it is a question on social media, but already the TV has shown that he is shouting and sometimes when you shout there's a little bit of saliva (that comes out) with it," United boss Louis van Gaal said in his post-match conference.

"I don't think that he's a spitting figure."

However, City manager Manuel Pellegrini insisted he had no knowledge of the alleged incident, saying: "It's something I don't know about."

Fellaini was cleared after being accused of a similar offence in last season's Manchester derby at Old Trafford, when Pablo Zabaleta was the alleged victim - also when laid out on the turf. 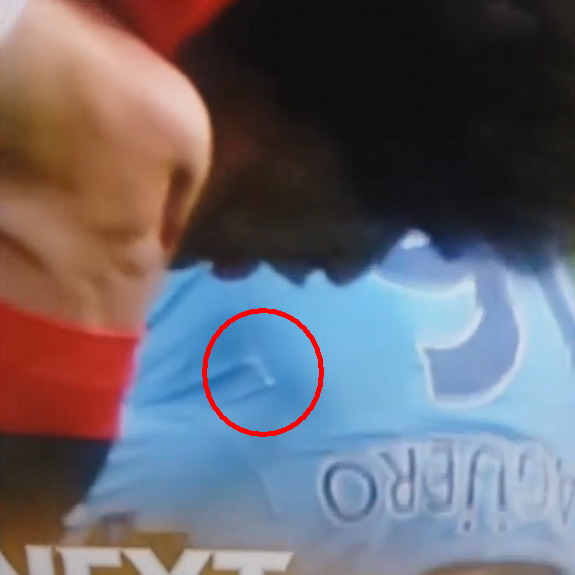