Arsenal fan gets tricked into getting Tottenham tattoo on TV

An Arsenal fan had his worst nightmare come true recently after getting a huge Tottenham Hotspur badge secretly tattooed on his chest.

The incident occurred when best friends Josh and Ricky went on MTV's show called "Just Tattoo Of Us", which tests relationships by allowing friends and couples to design tattoos for each other.
Donning a blindfold, Ricky approached a mirror ahead of the big reveal, only to be absolutely horrified once the goggles were removed.

Now, thanks to his pal Josh, lifelong Gooner Ricky is facing the prospect of spending the rest of his life with a huge logo of Arsenal's bitter rivals inked across his chest. 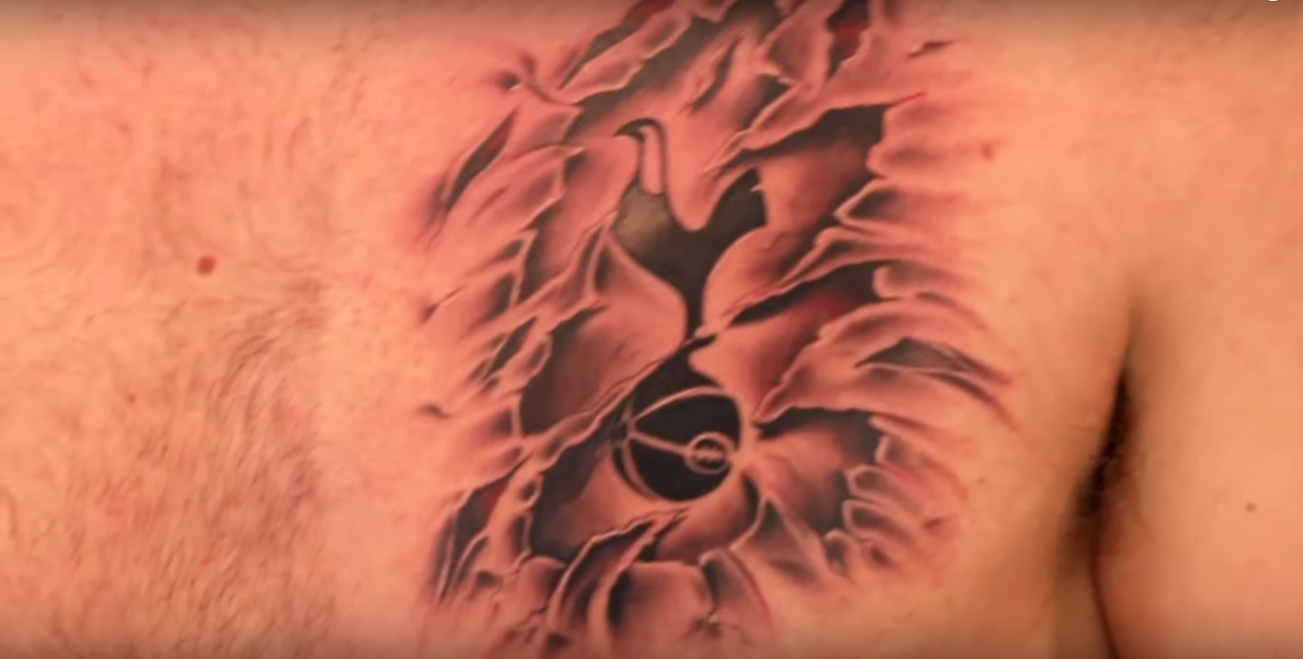