Nemanja Matić sealed a 4-2 win for Chelsea over Tottenham Hotspur in the FA Cup semifinal at Wembley with a thunderbolt, but it was Kurt Zouma's reaction which summed up the goal perfectly. 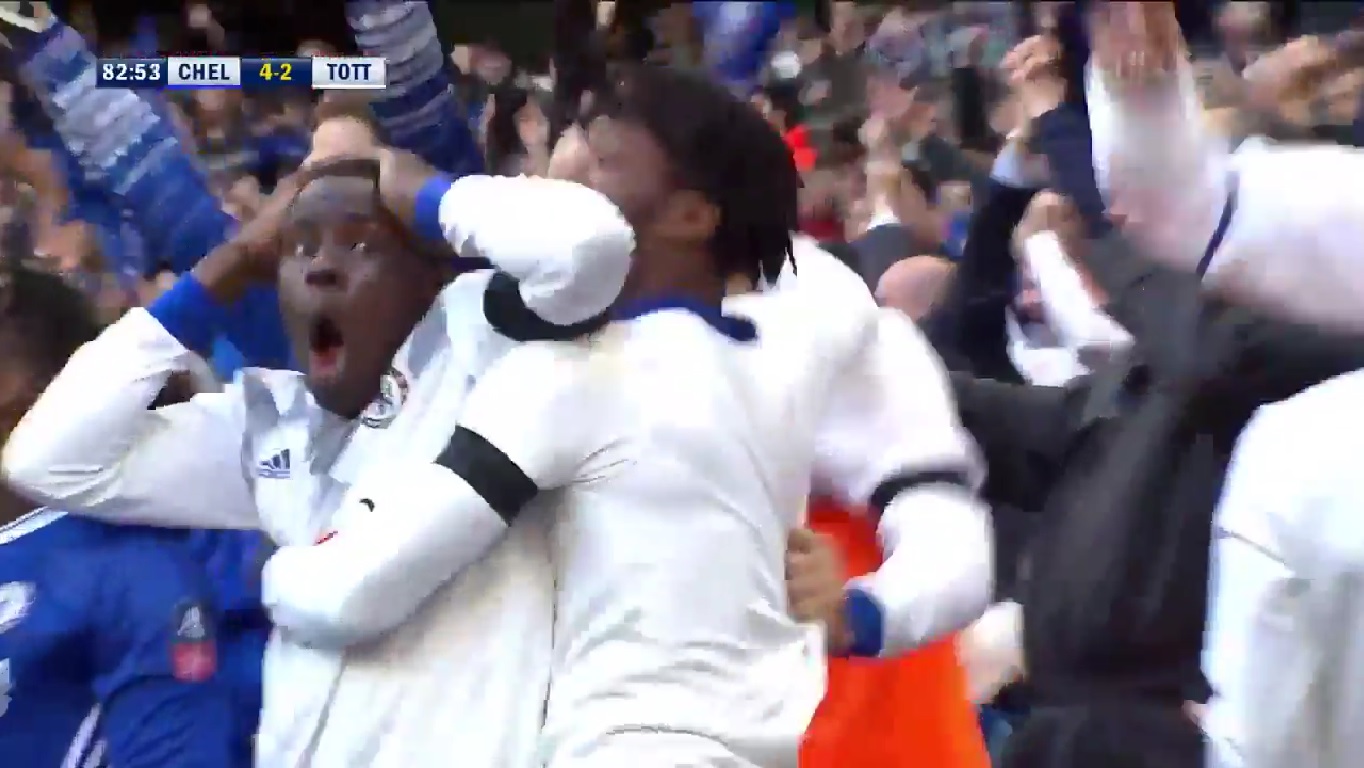 With Chelsea 3-2 up against their London rivals on Saturday, the ball fell to the Serbian midfielder's feet at the edge of the area.

Without any hesitation or consideration for his opponents, Matić struck the ball with such venom that it rattled the underside of the crossbar and into the net.
Chelsea fans went into a frenzy over the strike, but the reaction of Zouma on the bench was absolutely priceless.

The French defender could not believe his eyes, placing his hand over his mouth in sheer disbelief.

It's safe to say his wide-eyed celebration set to be one of those memes the Internet will not forget.


Open an account with bet365 today and claim your 100% Deposit Bonus!