Seen as the future of Milan, the 18-year-old goalkeeper stunned the club and their fans when he announced his intention not to sign a renewal.

Naturally, his decision has not gone down well with the Rossoneri faithful and it seems some of the supporters are keen to let Donnarumma know their frustration.

During Italy's U21 clash with Denmark in Krakow, Milan Club Poland showcased a banner reading "Dollarumma" to protest his alleged greed.

And they stepped it up a notch around the half-hour mark when they threw handfuls of fake dollar bills at the goalkeeping prodigy.
It forced play to be interrupted while ball boys tried to clean up the fake money inside Donnarumma's goal.
Once the debris had been cleared, the Azzurrini went on to triumph with a convincing 2-0 scoreline.

"He didn't get agitated, he remained calm in a difficult situation and seemed like a 30-year-old," said Italy U21 coach Luigi Di Biagio in his press conference.

"He was ready to put up with something that goes beyond football." 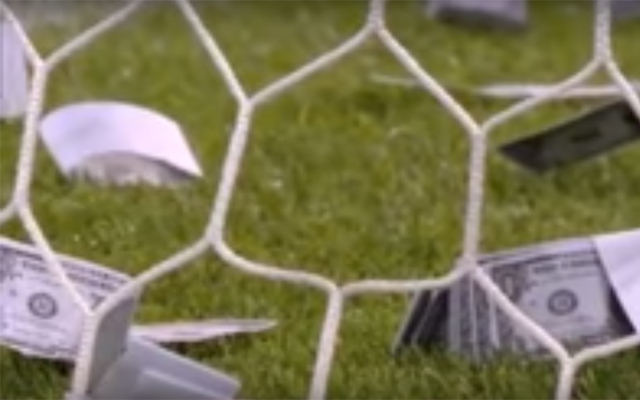