A girls youth soccer team was disqualified from a tournament in Nebraska because organisers thought one of their players was a boy. 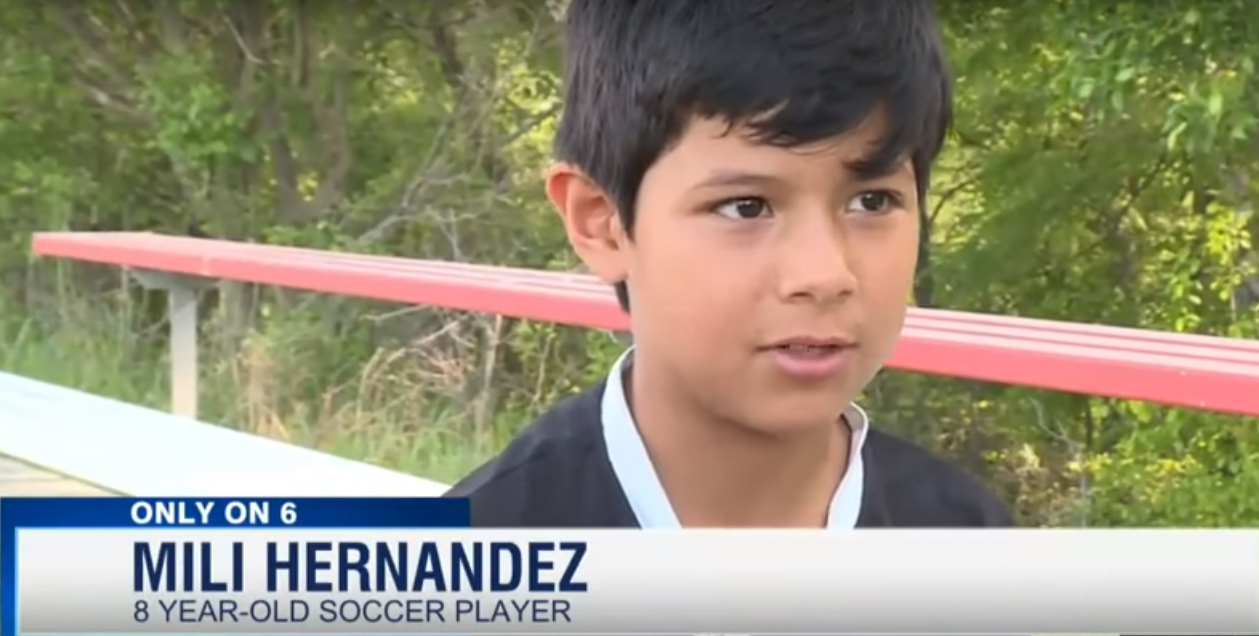 Milagros "Mili" Hernandez has been playing the sport for years and is part of the Azzurri Cachorros Chicas team in Omaha.

Her team was scheduled to play in the finals of the Springfield Soccer Club tournament on Sunday when she was told that the Cachorros had been disqualified because she "looks like a boy."

Azzurri coach Mario Torres immediately called Mili's dad and told him to take her to the tournament officials and bring identification.

"The president of the tournament said that they had made their decision and he wouldn't change it. Even though we had an insurance card and documentation that showed she is a female."

Azzurri president Mo Farivari believes the confusion arose from a mistake on a registration form that listed Mili as a boy.

A separate form accurately listed her as a girl, but the uncertainty was enough for someone to complain that a boy was playing on the Cachorros.

"They just weren't listening. They said I looked like a boy," said Mili.

"My brother says it's only because of my looks. So when they look at me they think I'm a boy but I'm really not."

"I was mad. I never had that problem before. She's been playing so long in different tournaments," Mili's father, Gerardo Hernandez, told The Washington Post.

"I don't want no problems with nobody, but that wasn't the right way to treat people."

As the news spread, USWNT legends Mia Hamm and Abby Wambach showed their support on Twitter.


Hey Mili, we would love to host you at one of our camps @TeamFirstSA . Be you!

Mili, don't EVER let anyone tell you that you aren't perfect just as you are.i won championships with short hair https://t.co/WlfL3EIPic