Spanish player angry after being subbed off, gets headbutted by his own coach | inside World Soccer

Spanish player angry after being subbed off, gets headbutted by his own coach

A crazy incident played out in Spain on Saturday night when Huesca coach headbutted his own player for his angry reaction at being subbed.

Tensions boiled over at the Coliseum Alfonso Pérez as Getafe took on Huesca in the promotion play-off semi-final.

With the visitors a goal down by the 60th minute, Huesca coach Juan Antonio Anquela took off midfielder David López for winger Álvaro Vadillo.

López, though, was clearly disgusted with the decision and angrily faced up to Anquela - who responded by headbutting him.

Getafe won the match 3-0, but there's no doubt about what the main talking point was. 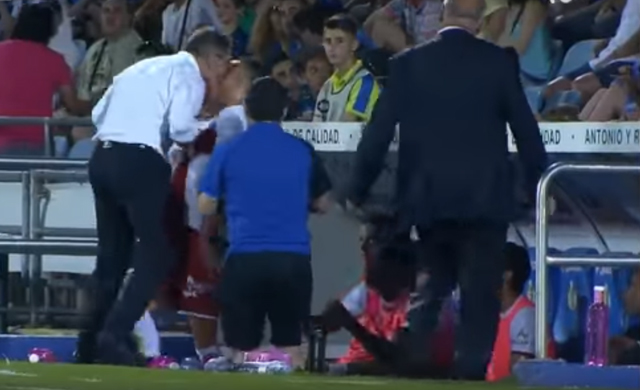