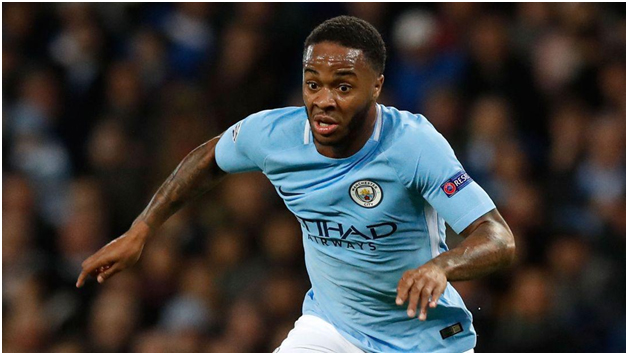 The race for the PFA young player of the year award is nearly at the halfway point and already there is a number that has cemented a chance of winning the trophy. The hot favorite with bookmakers is Raheem Sterling who has hit fine form this campaign. So far the Manchester City attacker has managed to find the back of the net 8 times in 13 appearances so it is no surprise to find him priced at 4/6. There is still a long way to go but if the others are going to catch up they will need to have a blinder of a second half of the season to pipe Sterling to the title.

The chances of the PFA young player award going to Manchester is extremely high as the second favorite to win the trophy is Bernardo Silva. The defensive midfielder has once again been instrumental in how his team players and now with over half a century of matches for the club under his belt along with 10 goals and 7 assists; he is one of the most improved youngsters in the EPL.

One surprise contender who is in the hunt for the PFA young player award is young Arsenal midfielder Lucas Torreira. The Uruguayan has proved a massive hit at the Emirates and has been so impressive new bookmakers have recently slashed his odds from 100/1 down to 10/1. The Gunners have badly needed a midfield with some steal that can ping a ball around the pitch with pinpoint accuracy and they have found him with Torreira. He has even managed to start getting on the score sheet recently so if he can up his game even further over the following months he will be in with a chance.

Yet another Manchester City player is at the top of the list is forward Leroy Sane. He is priced at 12/1 with most bookmakers which after an impressive start to the 2018/19 EPL campaign with 14 appearances and 6 goals it makes for excellent value. He is tied in fourth place with new record Everton summer signing Richarlison. Most pundits thought that the Toffees were crazy to spend 50 million pounds on the Watford flop but he has proved his critics wrong by banging in 8 goals in only 14 appearances.

Liverpool is sitting at the top of the EPL thanks to the vast improvements they have made in defense. A big part of the reason has been the form of Joe Gomez who has made 13 appearances so far this campaign. He is tied in fifth place with Tottenham Hotspurs attacking midfielder Dele Alli at 16/1. The Spurs man has not hit top form so far this campaign as he has only scored 3 goals and has a single assist to his name so will need to pick up his form if he is going to win it once again.