Can Derby County get out of the post-Lampard slump? | inside World Soccer

Can Derby County get out of the post-Lampard slump?

You could forgive Derby County fans for feeling a little sorry for themselves. Losing the play-off final in heart-breaking fashion would have been bad enough, but to then lose your inspirational manager to a Premier League club was insult added to injury. Frank Lampard’s departure to take charge of his beloved Chelsea was a significant blow to a club who were already trying to pick themselves up after narrowly missing out on promotion. 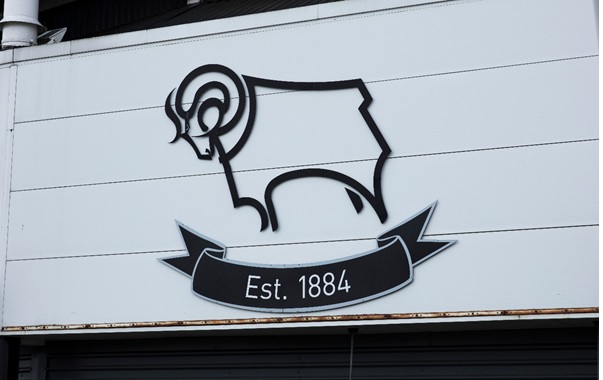 Derby’s start to the season has reflected that misery. Things could have been so much different, they could have been playing Premier League football, and that may have been enough to convince Lampard to stay, but instead Derby find themselves languishing in the bottom half of the Championship table at this early stage of the season, wistfully dreaming of what might have been.

With only one win to their name at the time of writing, Derby have clearly been suffering something of a hangover from the events of the end of last season and the summer. While the arrival of Phillip Cocu as Lampard’s replacement was greeted with excitement, he is unproven in the melting pot that is the Championship, and that inexperience is arguably one of the reasons Derby find themselves at the wrong end of the table. If Championship odds from Paddy Power had the Rams as one of the favourites for promotion, those predictions will have been swiftly put to bed.
This kind of start to the season is understandable, given the eventual disappointments of the last campaign, and the inevitable transitional period needed after hiring a new manager. What’s important is that Derby correct this slump as quickly as possible. Losing can become a habit very quickly in a league like the Championship, and the pressure is on Cocu to arrest Derby’s slide.

Lampard is not the only asset Derby lost to Chelsea over the summer. Mason Mount and Fikayo Tomori, who both played crucial roles in last season’s run to the play-off final, returned to the Blues having only been on loan at the Championship club. Another loanee, Harry Wilson, returned to Liverpool, and has now made another loan switch to AFC Bournemouth.

Losing such key members of last year’s team has undoubtedly had an adverse effect on the squad. Defender Tomori was voted both Fans’ and Players’ Player of the Year for last season, and Wilson and Mount were key creative influences going forward. Derby have brought in Krystian Bielik from Arsenal, Kieran Dowell from Everton, and Jamie Paterson from Bristol City in an attempt to fill the void left by the departure of those three, but they are yet to make maximum impact.

One thing Derby fans have to look forward to is the arrival of Wayne Rooney when January rolls around. The former England captain agreed a deal in August to join the Championship club on an 18-month contract from January 2020. It will be interesting to see how Rooney adapts to English football once again after his spell in the US with DC United, but if he can summon the quality we all know he possesses, then that will give Derby a major boost.

There are many games to come between now and the arrival of the former Manchester United striker at Pride Park, and it’s vital that Cocu finds a winning formula before then. Derby have been a club itching to return to the Premier League for some time, and while the bitter regret of last season’s play-off final may still be lingering around the club like a heavy fog, it’s time to show the strength of character needed to get back to winning ways.