What makes Robert Lewandowski one of Europe's top marksmen? | inside World Soccer

What makes Robert Lewandowski one of Europe's top marksmen? 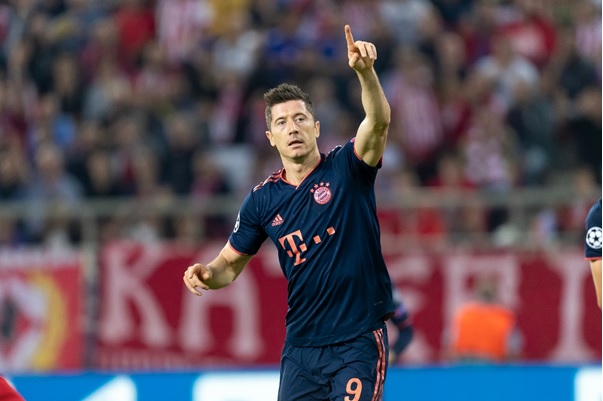 There's a lot of excitement in the football world following the announcement that the Bundesliga will be resuming on May 16th. It's a chance to once again experience the much craved-for joy of watching live football on television, discussing the matches with our friends, and analysing the football odds on Bundesliga games.

The current Bundesliga leaders, perhaps unsurprisingly, are Bayern Munich, although they are not in as commanding position as in previous campaigns. Hot on their heels are Borussia Dortmund, who sit four points behind the leaders, and RB Leipzig, who lie a further point behind in third place. With nine games to go in the Bundesliga, the race for the title looks like it could go right down to the wire.

But Bayern Munich have one major advantage over those two rivals, and that is the presence of Robert Lewandowski up front. The Polish international has proven himself over the last decade or so as one of the best strikers in Europe, consistently notching bags of goals, including that famous game against Wolfsburg, where he came off the bench to score five times in nine minutes to turn a 0-1 deficit into a 5-1 victory.

So, what is it that makes Lewandowski such a supreme front man? Well, for one, he is very much in the mould of the classic centre forward – a tall, physical presence, perhaps not blessed with searing pace but possessing a lethal finishing ability that means he can produce outstanding goals from seemingly nothing. Tottenham Hotspur found this out in the Champions League group stages earlier this season, as Lewandowski twisted and fired to give Bayern the lead in what would turn out to be a thumping 7-2 triumph for the German outfit.

It's that ability to produce the unexpected that makes Lewandowski stand out from other forwards. As finishers go, he is a man that can always be relied upon on for the big occasions, and he has carved out a fine career through his ability to pounce on chances and punish defensive ineptitude.

There is a growing sense that strikers such as Lewandowski are slowly becoming rarer in football. We appear to be in an age where fleet-footed, quick-and-nimble forwards are increasingly favoured by coaches, usually deployed in a front three. Liverpool are perhaps a prime example of this.

None of Roberto Firmino, Sadio Mané or Mohamed Salah can really be compared to Lewandowski in terms of style of play, and many systems employed by managers seem to better suit those smaller, quicker forwards than traditional number nines.

But to watch Lewandowski in top form is to realise that, for all that those more diminutive forwards may be in fashion, hard-hitting centre-forwards will always have a place in football. There is a ruthlessness, an almost brutishness, about the way Lewandowski plays – his clinical finishing, his strength on the ball, and his ability to hold up the ball and bring Bayern's more silky creative players into the game.

The Bundesliga is back, and the race for the title is set to be a close one. Bayern's chances of securing an eighth successive Meisterschale may rest on the form of Lewandowski, who gives them an edge through his experience and consistency in performing at such a high level year in, year out.